The Atikokan Senior Men’s open golf tournament was played on Aug 14th. and was opened with a moment of silence for Peter Barna,
who has been involved in this tournament as a player and organizer .
Atikokan oldest active golfer Max Clement, opened the tournament with a nice drive past the corner on # 1.

Greg Tighe, took the championship flight, to win the 30th annual Seniors Open, with a come from behind score of 75

Kevin Cain took second with a 77 on a count back leaving Don Robertson (77) in third.
After the front nine, Don Robertson had a one stroke lead (36) over Russ Desserre (37) and a three stroke lead over
Kevin Cain (39) and Greg Tighe (39).
The back nine started great for Don, as he tallied an Eagle on # ten, Russ Desserre birdied it and was now two behind Don.
Greg took a 6 which put him 6 behind the leader, Kevin birdied it and was now 4 back.
Then the tides turned and over the next 5 holes Don’s lead was gone and Greg was clear of the field by two strokes and held this to the end, nice comeback Greg.

Flight three winners: Ron Speck (83), Mickey Desserre (93) and Alton Pollard with a (95).
Ron shot his way to a ten stroke lead by the end of his round.

4th Flight winners were: Gary Braun with a 87, Harold Mosley a 91 and Harley Beauregard with a 95.

52 players from across northwestern Ontario to British Columbia, took in the annual event.

Barry Anderson had the longest drive of those over 70 .

Most accurate Drive on #7 was Alton Pollard

Closest to the pin on # 6 Keith Kiervy and closest on # 16 was Scotty Russell.

Thanks to Maxine McCallum and Sally Speck for taking care of the Scoring and posting of the scores.

Thanks to , for the great meal prepared for the event by First Round Draft Sports Bar & Grill
Thanks to all of the golf cart owners who donated their carts for the day,and those who sponsored
and/or donated to the event. 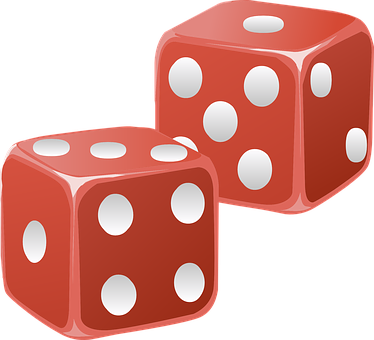 The format for the day was best ball on the first 6 holes, alternate shot on holes 7 to 12 and best score on the remaining holes 13 to 18.

With this format the golfers with a high handicap played from the white tees had longer shots than the low handicap golfers who played off the red tees on the back nine.

Gary Ladoceur and Richard Lampi came in with a pair of 41’s for second place with an 82.
They had their only birdie on the day on # 5 on the back nine.
Ray Laquerre and Steve Splawski shot an even par 36 on the front nine, they Eagled # 5,
( playing best ball, Ray hit the Green in 2 and Steve drained the eagle putt.) they then birdied # 6.
The back nine was not kind to them, as they shot a 47, they had the best score on the front nine . In spite of all that the turned in an 83 , good for third place.

Franko Calvelli and Scotty Russell had a 40 on the front and a 44 on the back for an 84, good for 4th place.

Larry Brown and Harold Mosley shot a 48 on the front nine but took 7 strokes off that score for 41 on the back nine. They birdied # 7 on the back. Their total for the day was an 89.

today was likely the warmest day of the season so far.

Ron Speck Putting on #1. I wonder if it went in?

It does not mean the end of golf , just that the clubhouse is closed and the locker area will will be closed.

The season was hit and miss during May, June and part of July  due to poor weather conditions.

The greens suffered bad damage from the severe winter and the late spring did not help .

The Seniors group, made up of some very hardy  golfers survived the early bad weather only missed one Thursday and that was due to heavy rain and lightning.

we were the early finishers on this day